← more from
K
Get fresh music recommendations delivered to your inbox every Friday. 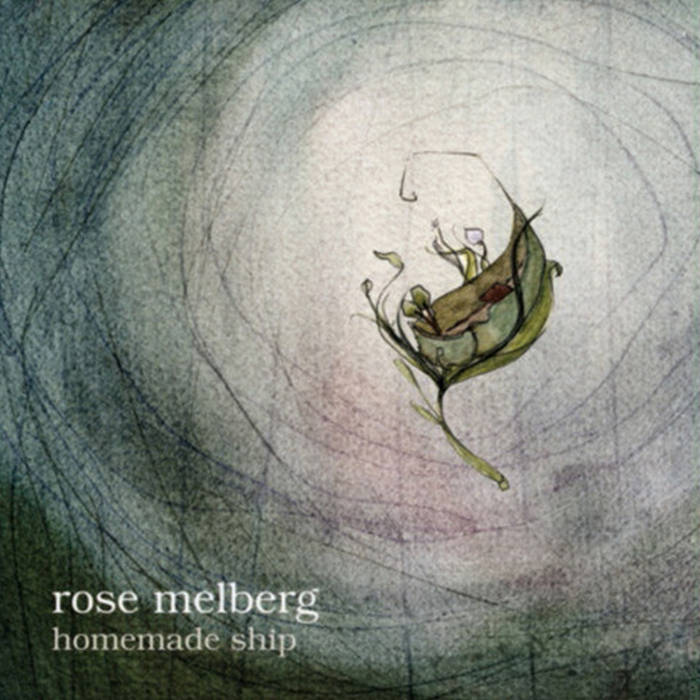 The uniform elegance of Rose Melberg's past work with Tiger Trap , Gaze and The Softies is present on her new solo venture Homemade Ship [KLP211]. This album transcends her work with her previous groups – never has her voice sounded so full and refined as it does here. Her songs belong to her voice. Always tender and hushed, Homemade Ship is enchanting; its stark stillness is as hauntingly playful and familiar as the first days of fall.

Melberg has recorded two solo albums since The Softies last album was released in 2000. In the past nine years she has relocated and settled in British Columbia. This batch of songs was recorded in the winter time in Vancouver. A small masterpiece, Melberg uses just a guitar and vocals on Homemade Ship (with occasional harmony vocal and piano work provided by Larissa Loyva of The Choir Practice and P:ano), offering helpful and insightfully delicate lyrics to perfectly ease out of sorrow and into contentment. At the forefront, her voice holds a warmth and generosity that adds strength and hopefulness to her aching lyrics. Set a table for two.

Bandcamp Daily  your guide to the world of Bandcamp

Kari Faux drops off her deluxe album 'Lowkey Superstar' plus tunes by Shunaji and Samplelov.